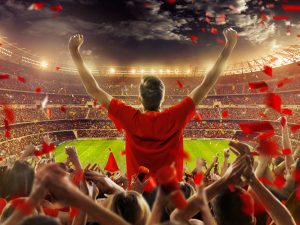 There was an audible sigh of relief up and down the country on Sunday, as the Premier League season came to an end and with it the LARS Fantasy Football competition for 2017/18. Anyone living with someone taking part in a Fantasy Football league would finally be able to engage in a conversation which didn’t focus on ‘who should be captain’, ‘should I play my bench boost’ or trying to second guess your colleagues’ tactics. But before we reveal the winner, let’s have a quick recap on what’s been a record-breaking season.

But it’s not just the City team which has written the headlines. Mo Salah at Liverpool has scored the most goals in a 38 game season, reaching 32, while Harry Kane’s total of 39 in a single calendar year is also a new Premier League record. Elsewhere, Brighton’s Lewis Dunk managed four own goals – a record in season, one he shares with Martin Skrtel (2013/14).

There were new managerial records set this season as well. Arsene Wenger’s 828 games in charge of Arsenal eclipses the 810 games of Sir Alex Ferguson. And when Sam Allardyce took over at Everton, the Toffees became the seventh Premier League team Big Sam has managed.

Finally, despite a spirited end to the season, West Bromwich Albion were unable to avoid the drop. This was the fourth time the Baggies have been relegated, a record they share with Crystal Palace, Sunderland and Norwich.

And so to this year’s Fantasy Football competition winner. He’s won it yet again so we won’t dwell on it too long! Congratulations to LARS’ very own Business Development Manager, Julian Cooper.

Keep an eye out for news of the 2018/19 LARS Fantasy Football Competition. Apparently, there are reports which suggest that the competitive camaraderie which comes with taking part in a Fantasy Football league can boost morale and productivity, so we’ll definitely be running it again. And hopefully someone can knock Julian off his perch. As a Leeds United fan, he’ll be only too aware of just how quickly things can turn sour…