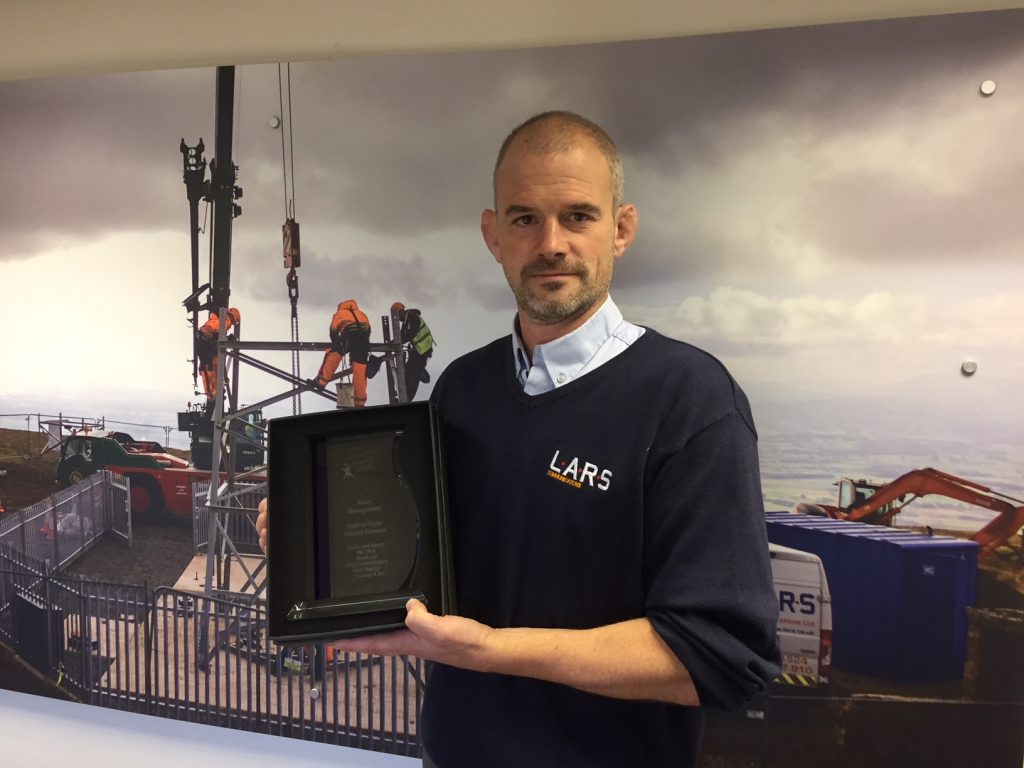 LARS MD, Ian Turner, presented with the award for ‘Doing the routine brilliantly’

Earlier this year we published a post about the Met Office’s National Weather Radar Renewal Project, the important role LARS Communications had played, and the fact that the project had been recognised at the Annual Environment Agency Flood and Coast Project Excellence Awards, which took place back in March at the Telford International Centre.

And now we’ve got the trophy to prove it. Here’s our MD, Ian Turner, with the award, presented to the team for ‘Doing the routine brilliantly’, recognition of the best practice in routine maintenance and emergency works to existing assets.

The project took seven years to complete and cost in excess of £10 million – so a huge project, and one which saw LARS working alongside both the Met Office and the Environment Agency.

The Weather Radar Network Renewal Project saw the refurbishment of, and upgrades to, sixteen weather radar systems spread across the British Isles. These weather radars are vital to the Met Office and the Environment Agency, as they provide real time information to help monitor and forecast heavy rainfall.

The programme of improvements was introduced in order to help to address current network challenges and to ensure that the radar service will be able to meet future requirements, such as hydrometeor classification. The improvements will also extend the life of the network by as much as twenty years.

LARS assumed the role of Principal Contractor at thirteen of the sixteen sites, where the team was responsible for carrying out the required infrastructure upgrades. At each site the team undertook the dimensional surveys of the existing tower at each site and prepared the designs and drawings for the steelwork connections, balustrades and waterproofing. Once the removal of the existing decking plates and ladders had been carried out, the team installed the new platforms and new access stairs and balustrades (where required), as well as providing new self-opening access hatches. The majority of the steelwork fabrication was carried out in LARS’ fully-equipped, in-house fabrication workshop and is all CE Marking accredited.