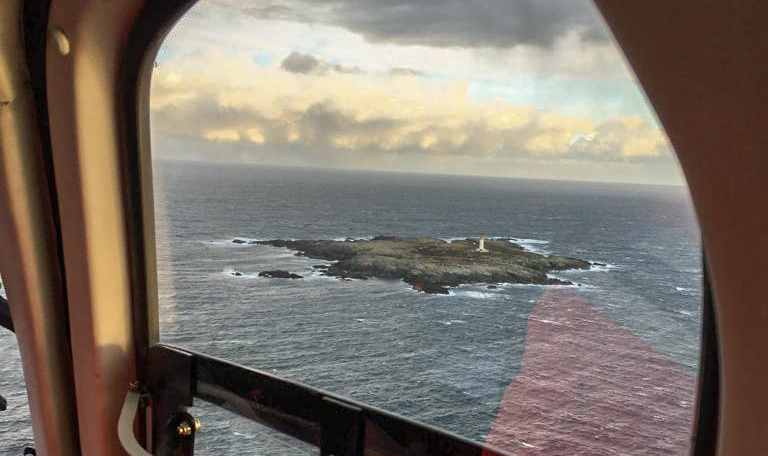 When a customer’s opening gambit in an email is along the lines of, “I thought I’d get in touch because you’re a can-do company…”, you get an inkling that their request may not be that straightforward. And our inkling proved to be right.

One of our many services is ‘Decommissioning’, an area in which we have an abundance of experience. Not only do we carry a waste licence from the Environmental Agency, but our Environmental Management System is compliant with the requirements of ISO 14001. This ensures our customers can be assured of a stress-free and risk-free decommissioning solution.

The customer in question needed a structure removed from Sule Skerry, a remote Scottish island in the North Atlantic. Actually, describing it as a remote Scottish island paints the wrong picture. Sule Skerry is, in fact, an uninhabited, rocky outcrop some thirty-five miles west of Orkney’s mainland. Once home to just a lighthouse keeper – according to the Guinness Book of Records, the lighthouse on Sule Skerry was the most remote, manned lighthouse in Great Britain from 1895 until it went fully automated in 1982 – it’s now a haven for wildlife.

The task in hand seemed relatively straightforward. Go to the island, disconnect all working parts from the tower and the cabin, and then remove the tower and the cabin. But that’s where straightforward stopped and challenging began. For instance, there’s no skip on Sule Skerry, and certainly nowhere you can safely dispose of any large metal objects. The only way to remove the structure was by helicopter, so we employed the services of PDG Aviation Services, who offer aerial lifting services.

But there were still decisions to be made in terms of the logistics: should we use a mooring vessel; or would it be possible for the chopper to carry the structures to the mainland? What was the weight of the structure? Where would the helicopter land and refuel on the mainland?

And of course, there was the wildlife issue. Sule Skerry is a designated Special Protection Area (SPA) and a Site of Special Scientific Interest (SSSI) for breeding seabirds. Seabirds are very sensitive to helicopter flights during their breeding seasons, so the window of opportunity was getting gradually smaller. We were advised that the breeding season for puffins extends from early April to late August; from mid-March to late September for gannets; and from early February to mid-September for shags. When taken together, these breeding seasons mean that consent is not normally given for helicopter access between 1 February and 30 September.

We were also advised that the grassy, peat areas of Sule Skerry are covered in puffin burrows, so visitors are recommended to avoid walking on these areas where possible. And did we mention seals? There are seal pups on the island between November and March and they like the rocky area behind the mast, so we sought advice from Scottish National Heritage as to when we would be able to carry out the works.

This was a challenge, and one the team embraced with enthusiasm. Working in collaboration with PDG Aviation, we seized the small window of opportunity, transported the team to the island, dismantled the structure, transported the structure back to mainland Scotland in as few trips as possible, and finally lifted the crew from the island and returned them to the mainland. What’s more, the task was carried out on time, on budget and with minimal disruption to island wildlife.

LARS Projects Manager, Nick Churchill, commented, ‘This was a true test of sensitivity, logistics and collaboration and couldn’t have been successfully carried out without the assistance of local residents and businesses. It was a project that LARS were thrilled to be a part of. Well done to all those involved – we’re looking forward to the next email which references our ‘can-do attitude’.

Many thanks to PDG Aviation for their support – for more information about their services, visit https://www.pdgaviationservices.com/ 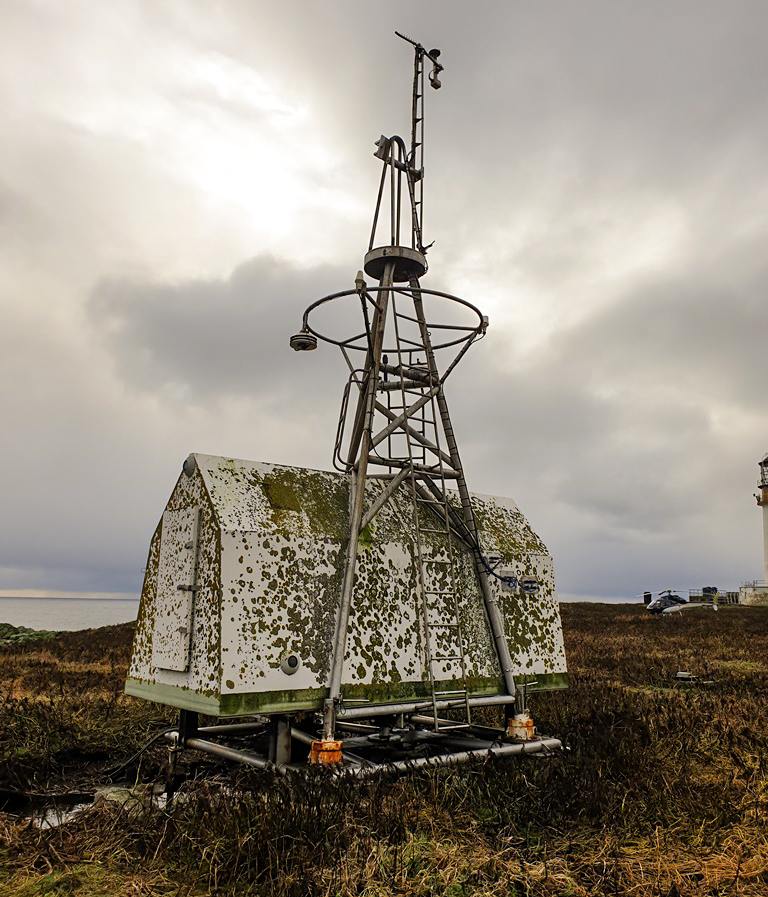