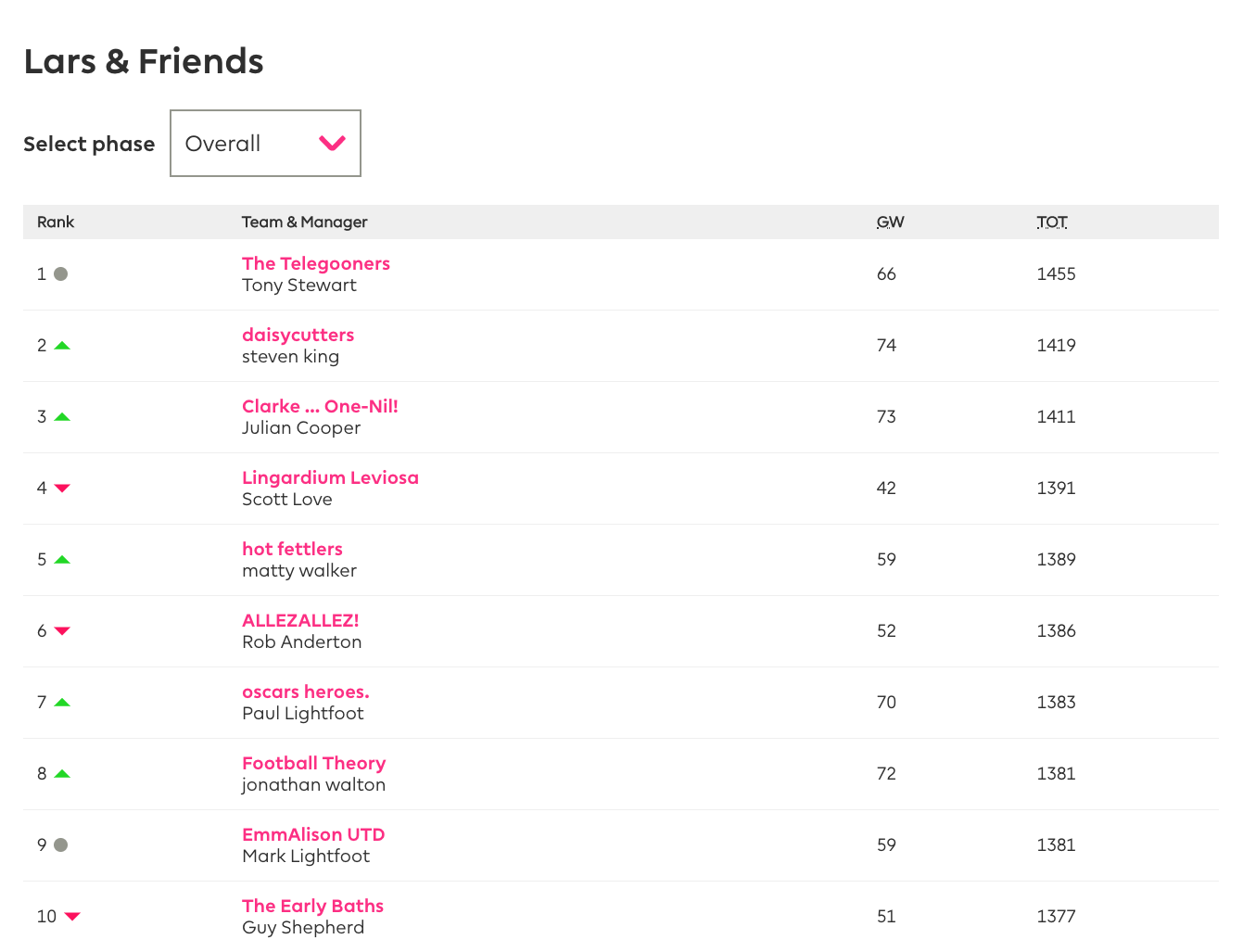 In our Fantasy Premier League post way back in May, long before a ball had even been kicked, we asked the burning question: will Liverpool’s twenty-nine year wait for the title finally be realised? Well, it’s certainly looking that way. Their win at home to Southampton saw them go twenty-two points clear at the top of the Premier League and they’re playing like champions, grinding out the results when necessary (the match away at Wolves for instance). Surely, it’s now a foregone conclusion? Unlike the LARS Fantasy Premier League competition.

Of course, FPL is a hot topic of conversation, wherever we are and whatever we’re up to. From tower strengthening to line of sight surveys, a full radio site build to tower decommissioning projects, the question is often asked, particularly on a Monday morning: “So, how did you get on at the weekend?” And be assured, they’re not asking about your bike ride, your child’s birthday party or your evening out. No. They want to know about your team in the LARS League. What’s more, they already know. They’re only asking because they’ve done a little bit better than you!

Anyway, back to the competition. The Telegooners are having a great season, 36 points clear at the top. But it’s not that cut and dried. Play your chips right and you could find yourself racing up the league – just look at Clarke…One-Nil! – now up to third having played the Triple Captain chip in the recent double game week.

And while The Telegooners are 36 points clear, the same amount of points separate second-placed daisycutters and oscars heroes in seventh place. It’s still all to play for. And with the FA Cup Quarter Finals and Semi Finals, as well as the Carabao Cup Final, coming up in the next month or so, there will be more double game weeks. Time to play the Bench Boost and Triple Captain chips.