In The Press – Sule Skerry 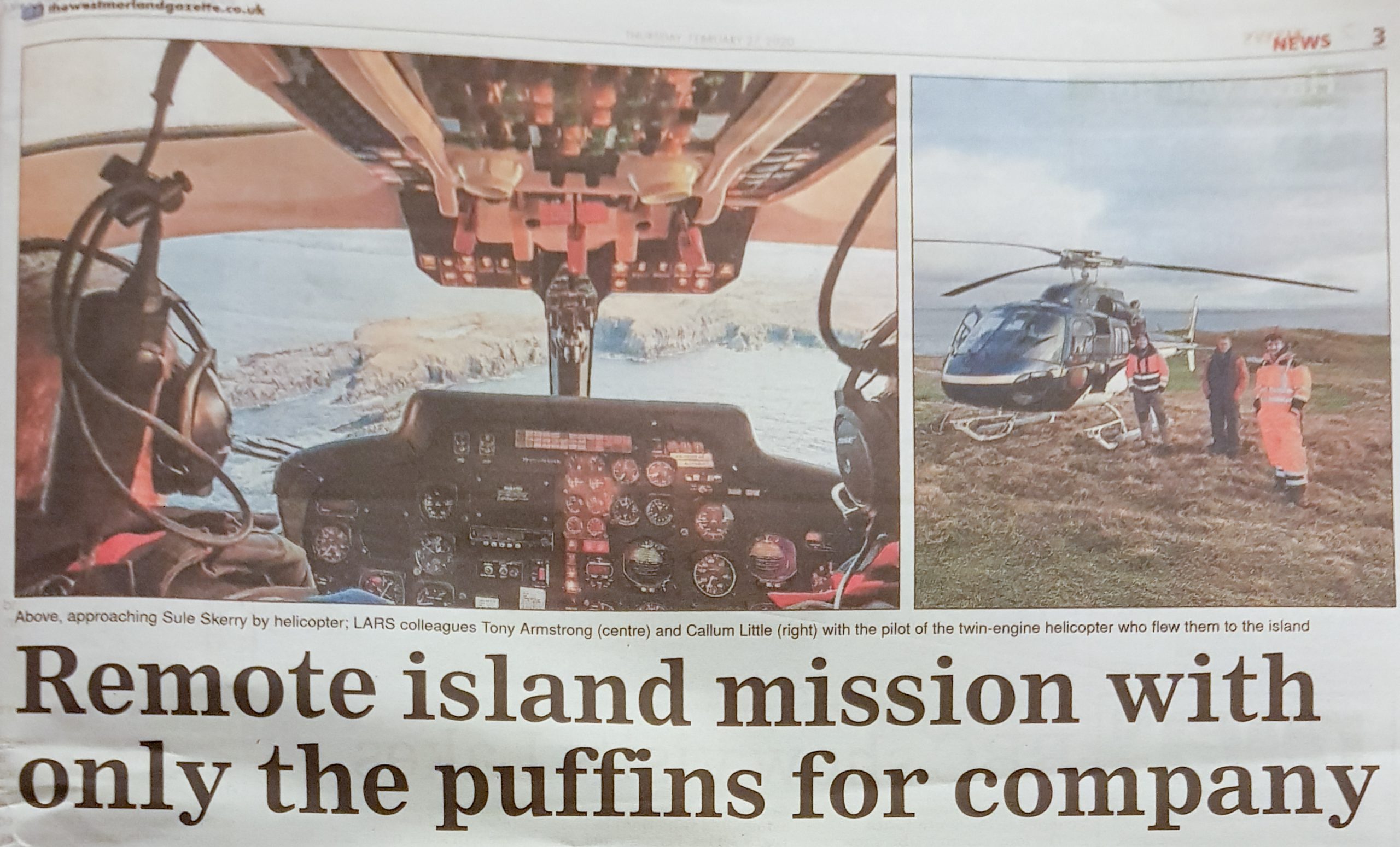 We’re in the press again, this time for our recent decommissioning project on the remote Scottish island of Sule Skerry. The operation has certainly piqued the interest of the local press, featuring in several papers and on a number of business websites.

Among the headlines were: “Carnforth comms firm takes on dramatic Scottish island challenge” and “Remote island mission for firm with can-do attitude”.

And the daring-do references didn’t stop at the headline. The Westmorland Gazette led with: “A TINY Scottish island inhabited only by puffins and seals since its lighthouse keeper departed proved one of the remotest locations yet for an intrepid local company.” Very Bear Grylls!

Sule Skerry is indeed a tiny Scottish island. Located about thirty-five miles from the Orkney mainland, it is home to puffins and seals, as well as a few shags and gannets. We had to tread carefully (quite literally) when it came to the wildlife, all of which made the mission – oops, even we’re using espionage terms – all of which made the operation that little bit more challenging.

As the Gazette goes on to say: “Challenging logistics meant their mission took a month to plan, and was meticulously timed to avoid the seabird breeding season as well as seal pups nesting on rocks.”

This was a fantastic project in which to be involved, and did require a great deal of collaboration, a point picked up by Lancashire Business View: “… the island is now a Designated Special Protection Area (SPA) and a Site of Special Scientific Interest, which added to the complexity of the task.

“LARS worked with Scottish National Heritage to devise a timetable that avoided the breeding seasons of puffins, gannets and shags, and didn’t interfere with seal pups that can often be found on the rocks.”

This project would not have been possible without the assistance of PDG Aviation Services. All the titles highlighted the role PDG played, the Gazette adding: “Seizing a small window of opportunity, helicopter firm PDG Aviation Services was hired to ferry two LARS colleagues back and forth to the island, complete with sandwiches, an emergency five-day survival kit, satellite phone and compact portable loo. A third team member stayed on the mainland.”

We’ll hand over to Nick Churchill, the Project Manager on this operation, to sum up this decommissioning project: “This was a true test of sensitivity, logistics and collaboration and couldn’t have been successfully carried out without the assistance of local residents and businesses… we’re looking forward to the next email which references our can-do attitude.”

Please see links to the various stories below: