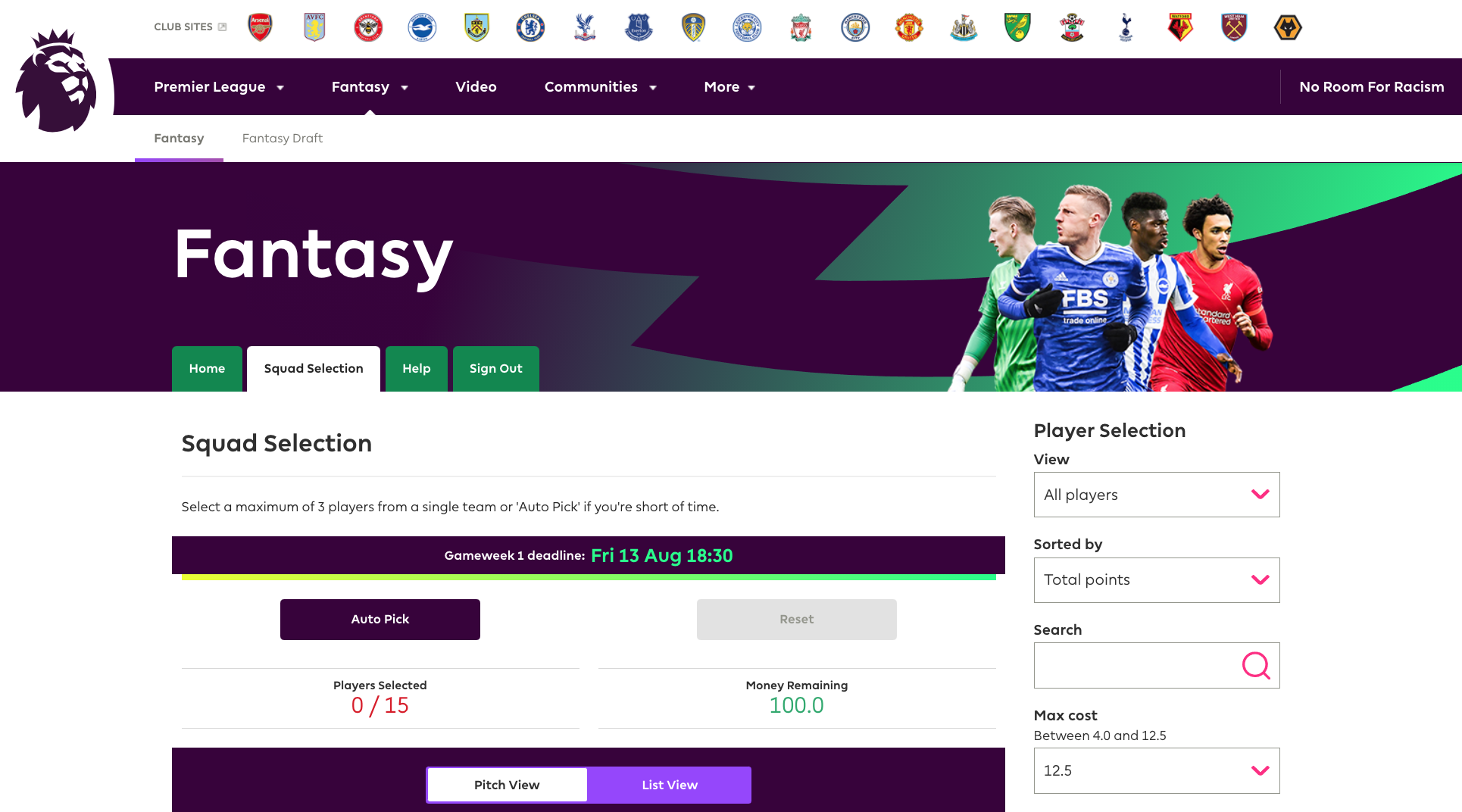 The opening game will see Premier League newcomers Brentford playing host to Arsenal at the Brentford Community Stadium. However, arguably the biggest match in the opening round of fixtures features Arsenal’s north London rivals, Tottenham Hotspur, as they welcome Manchester City to the Tottenham Hotspur Stadium on Sunday 15 August. It’s a big game anyway, but factor in the Harry Kane factor and the will he, won’t he move to Manchester, and it’s a whole new ball game. Both teams have also been linked with six time Ballon d’Or winner Lionel Messi – how good would it be to have Messi in the Premier League?

It does seem like we have had non-stop football all summer, given that the Euros 2020 final was only four weeks ago, as was the Copa America final, and more recently some Premier League players have been involved in the Olympics. The packed schedule will surely have an impact on whether some players will be ready for the start of the new season.

Put into context, if the managers decide to rest players who have been involved in any of the above, Manchester City and Chelsea could potentially have eight players at risk for GW1, Manchester United as many as six, and Liverpool up to five.

But as we know, it’s a marathon not a sprint, around forty weeks of tinkering, keeping an eye on the fixture list and knowing when to play our chips as we bid to outdo family, friends and colleagues.

Surely the top end of the table will be very similar to the last few seasons. The likes of Liverpool, Manchester City, Manchester United and Chelsea will surely be vying for a top four finish and with it the prize of European Champions League football. Will Leicester take confidence from their Community Shield victory over Manchester City and finally break into the top four? How will Nuno Espirito Santo get on at Spurs? Will he manage to persuade Harry Kane to stay? Will Benitez prove a hit on the blue half of Merseyside? And what of the promoted teams, Norwich, Watford and Brentford? Will it be a quick return to the Championship?

So many questions, the answers to which will gradually become clear as the season progresses. But the burning question right now is: “Have you got what it takes to challenge at the top of the LARS Fantasy Premier League table?”

If you fancy taking part in the LARS Fantasy Premier League competition 21/22, go to https://fantasy.premierleague.com and register an account (if you’ve played before, you’ll already be registered). Once registered, you can put together your team and join the LARS League by entering the following code: rta54h. It really is that simple. Or is it? You’ll soon find that £100 million doesn’t go as far as you‘d have thought.